DJ Brace blew away competition to be crowned the greatest DJ on Earth. Not one to be complacent, Brace achieved this almost impossible feat THREE times. From his groundbreaking live routines to his awe inspiring viral videos and breathtaking back catalogue, Brace has gained the respect of his peers and captured the hearts and minds of millions.

Brace has a uniquely musical approach to the turntables, pushing the envelope of the art-form with futuristic techniques and developing routines that send shock waves through the industry. Whether he uses duel turntables or solo, Brace has traveled the world delivering his unique sound and artistry to the masses.

Gizmodo “…DJ Will Blow Your Mind With Turntable Wizardry”
La Presse “The DJ Shadow of Montreal..”
Daily Mail “..long may his Earth shattering streak continue”
DJ Z-Trip “AMAZING! Props to DJ Brace for showing people…skills and an ‘outside the box’ approach.”
DJ Woody “..Evoking the best output of labels such as Mo Wax and NinjaTune…a must listen!”
DJ Craze “Holy Shit!” 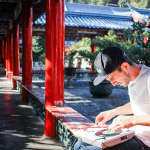 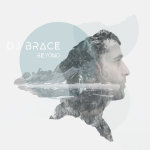